A pool (group) of mosquitoes collected today from Grand Forks has been identified as having West Nile virus. The cities of Grand Forks and East Grand Forks urge citizens to take extra precautions to avoid being bitten by mosquitoes.

The mosquito most common for transmitting the West Nile virus is the Culex tarsalis. This mosquito is most active just before sundown and throughout the night into the early morning hours. To help reduce your risk of getting West Nile virus, the Health Department recommends the following protective measures:

Grand Forks Mosquito Control operates as if the virus is always present and, therefore, will not be making major changes to the daily operations of mosquito control.

West Nile virus is generally transmitted by mosquitoes. When a mosquito feeds on an infected bird, it can pick up the virus and transmit it to other non-infected birds. Occasionally, infective mosquitoes will feed on mammals such as horses, dogs, cats, and humans and transmit the virus to them. Most people infected with the West Nile virus do not develop symptoms. Sometimes, mild illness results in one to two weeks after exposure with symptoms such as fever, headache, body aches, skin rash, and swollen lymph nodes. Less than one percent of infected people may develop serious illnesses, including encephalitis (brain inflammation). These persons might experience headaches, high fever, neck stiffness, disorientation, convulsions, and muscle weakness. Infection may prove fatal, especially among the elderly, in a small number of those who develop encephalitis. West Nile virus is not transmitted directly from birds to humans.

For more information about the West Nile virus and the Grand Forks Mosquito Control Program, visit our website at: www.gfmosquito.com. 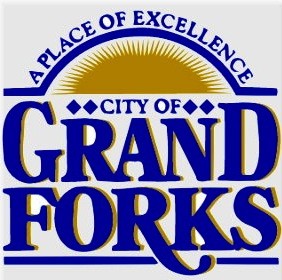