A Warren man has been charged with felony second-degree murder after he allegedly assaulted his ex-wife Tuesday, Aug. 23 in Warren. Deputies arrived to find the injured woman unresponsive. The following afternoon, her family was told that she was brain dead.

Anders Leland Odegaard, 31, was arrested at the scene, according to the Marshall County Sheriff’s Office.

Marshall County dispatch received a 911 call about a possible domestic disturbance at Odegaard’s home in the 100 block of S. Division St. Once inside, a deputy found Carissa Joy Odegaard, 31, Grand 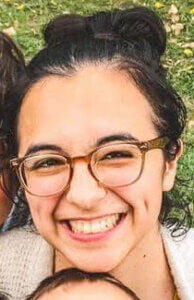 Forks, N.D., unresponsive with visible injuries consistent with an assault. She suffered severe head trauma, according to the complaint. A deputy rendered aid to her at the scene until a Warren Ambulance crew took over.

Carissa Odegaard was transported by ambulance to North Valley Health Center in Warren and then airlifted to Sanford Hospital in Fargo, N.D., where she was later pronounced brain dead. Life support was expected to be removed in the near future. Her family expected that she would be an organ donor.

The Odegaards had been scheduled to attend a family court hearing next Tuesday in Warren. According to the complaint, they had been divorced for about two years and shared five children. Carissa Odegaard had arrived at the home to pick up the children around 5 p.m. Tuesday when the incident occurred. All of the kids were at the home at the time.

Three of the kids – ages 2, 8, and 9 – allegedly witnessed the assault. They allegedly saw their dad on top of their mom, hitting her and choking her. The other two kids were waiting outside in an idling vehicle. The sheriff’s office learned that Carissa Odegaard was holding one of the children at the time that the assault occurred.

Upon receiving the 911 call, a sheriff’s deputy responded to the scene, where he was met by a man and two of the Odegaard children. The man said he called 911 after the children flagged him down, telling him to call 911 because their mom was bleeding heavily. The boy told the responding deputy that he thought his mom was dead. He told the deputy that his dad was inside the home with her. The boys remained outside the home with the 911 caller while the deputy entered Anders Odegaard’s home.

The deputy soon encountered Anders Odegaard, who was only clad in his underwear. The deputy noticed blood in Odegaard’s hair and blood smeared on his left eyebrow. The deputy asked Odegaard what was happening, but he only said he didn’t feel right. When asked where the injured woman was located, Odegaard allegedly wouldn’t answer. He was placed in handcuffs for the deputy’s safety. Later, Odegaard was asked whether he wanted to talk to deputies, but he would only say he didn’t feel right.

The deputy soon found an unresponsive Carissa Odegaard in an entryway. He administered CPR since she wasn’t breathing. She had suffered severe head trauma, and blood was pooling on the floor near her head. It is believed that the most violent part of the assault occurred where she was laying.

All five children were taken to the sheriff’s office. Forensic interviews were conducted with the three children who had been inside the home at the time. The sheriff’s office learned that Carissa Odegaard was holding her 2-year-old child when the assault started. One of the older boys was able to get his younger brother away from his parents and wash blood off of him. The boy said their dad didn’t want their mom to take the kids and were fighting over the youngest child. He indicated the fight started in the backyard and moved inside. He recalled they were tackling each other. Both he and his older brother reported seeing their dad hitting their mom. They referred to a knife or spatula being used to hit their mom. One boy recalled seeing a cut on his mom.

The older boy went back inside the home, where he saw his dad hitting his mom and yelling at her. His mom was on the floor and blood was everywhere. Anders Odegaard allegedly told him to get out of the house. The boy then left to call 911. He said his dad had hit his mom in the past.

His younger brother also went to get help. After Anders Odegaard allegedly began choking her on the floor, his ex-wife told the boy to call 911. Stepping over his mom, the boy tapped her foot and went to get help. His mom didn’t respond.