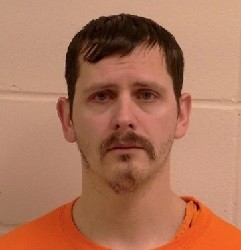 possessing pornographic images of his victims. Roggenbuck earlier pleaded guilty to using or attempting to use children to perform sex acts between November 2012 and February of last year. As part of the plea agreement, he also pleaded guilty to first-degree criminal sexual conduct charges brought by the Pennington County Attorney’s Office.  “While 45 years in prison is appropriate for this case, these children are now permanent victims of a crime no person should ever experience,” said Drew Evans, BCA Superintendent. “The BCA will continue to pursue criminals who would exploit Minnesota’s children in this terrible way and bring them to justice.”
Minnesota Bureau of Criminal Apprehension predatory crimes agents worked the case with the Thief River Falls Police Department and Pennington County Sheriff’s Office. The investigation began with a tip. If you suspect criminal online activity involving children, contact the National Center for Missing & Exploited Children CyberTipline, 1-800-843-5678.

Guy Walks Into A Bar With Mortar Round

Guy Walks Into A Bar With Mortar Round