On Friday afternoon, a Pennington County jury convicted a rural Oklee man of murdering his wife.

The jury of nine men and three women deliberated for about three-and-a-half hours Friday, Sept. 30. They found that Reinbold murdered his wife, Lissette, on July 9, 2021. 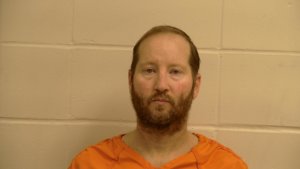 After the first verdict was announced, Lissette Reinbold’s family members and friends cried. Her mom, Elvia Juarez, held the hands of two of her other children and partially stood up. Yon warned them that this was still a court proceeding and asked that they not be disruptive.

After announcing their verdict in open court, jurors were asked to consider whether an aggravating factor existed. They agreed that Eric Reinbold had stabbed his wife multiple times and left her and that one of her children found her. The jurors privately deliberated for about five minutes before reaching that verdict. Yon noted the aggravating factor will assist her when she considers sentencing. A sentencing date hasn’t yet been set.

Jurors began hearing testimony Monday, Sept. 26 in the case. The state and defense both rested on Thursday, Sept. 29. The defense presented no witnesses. Eric Reinbold didn’t testify in his own defense.

Lissette Reinbold’s oldest son found his mom dead in her driveway on the morning of July 9, 2021. She had suffered 27 sharp-force injuries to her hands, neck and other areas of her body. It was apparent she fought her killer. The medical examiner testified that he believed the fatal wound was a stab wound to her chest that struck her heart. She then hemorrhaged internally. The murder weapon was never found.

Eric Reinbold was arrested without incident on a vacant Oklee farmstead after he had been on the lam for 26 days. When he was arrested, Eric Reinbold was wearing a pair of boots. Law enforcement testified that the tread appeared to match some footprints found south of the residence after the murder.

At the time of the murder, Eric Reinbold had also been on federal probation for a 2017 federal case in which he was convicted of possessing pipe bombs. Reinbold had been released from federal custody four months earlier after a federal judge granted compassionate release.

There was no DNA or blood evidence linking Reinbold to the murder. A single strand of male hair was found on Lissette Reinbold’s body. It didn’t match Eric Reinbold, his son, his two stepsons, or two law enforcement officers who were among the first people to respond to the scene. It also didn’t match any individuals in a national crime justice DNA database or any Minnesota Bureau of Criminal Apprehension analysts.

A note was found on Eric Reinbold’s workbench that said, “Jesus forgive me of my sins.” It was found steps away from Lissette Reinbold’s dead body. A handwriting expert testified that it was highly probable that Eric Reinbold wrote the note. It was unknown when it was written.

The state presented numerous text messages between the couple. In some of those text messages exchanged the day before the murder, Eric Reinbold texted his wife about his sexual needs and taking ownership of her vagina. He also referred to her as a constant threat to cheat on him.

The Reinbolds’ daughter testified seeing her mom cry the night before the murder. Both times, she said, her mom was looking at her phone.

The state also presented evidence that Eric Reinbold had searched for an article regarding how to determine whether someone is cheating. There was no evidence to suggest Lissette Reinbold had, in fact, cheated on her husband.

Eric Reinbold had been staying at a camper about three-fourths of a mile from the couple’s home since his stepsons were visiting the family in the days prior to the murder. The Reinbolds’ daughter testified that her dad picked her and her younger brother up in a Buick to drive them to the camper the evening before the murder. Lissette Reinbold and her two sons from a previous relationship stayed at the Reinbold home that evening. The following morning, Jared Lenhart found his mom’s dead body.

Assistant Minnesota Attorney General John Gross posited to the jury that Eric Reinbold waited for his wife undetected in a detached garage, wrote the note and then attacked her when she was leaving for work at Sanford Health. Lissette Reinbold’s phone, sandals and yogurt container were strewn near her body. Her two oldest sons were asleep in the home at the time.

When law enforcement processed the scene, they located Eric Reinbold’s Buick about 200 feet from the Reinbolds’ home, not near the camper. The couple’s remaining vehicles were outside of the home.

Brielle Reinbold testified her younger brother awoke her the morning of the murder to tell her that their dad wasn’t with them at the camper. She said he didn’t know where their dad had gone. She testified that their dad usually told them where he was going.

Eric Reinbold left his cell phone behind in his camper. Law enforcement found his wallet and credit cards in the Buick when processing the crime scene.

Jurors also heard about a 2015 domestic disturbance involving the couple, Eric Reinbold’s time on the lam, and his alleged assault of two corrections officers three months ago in an attempt to escape from the Pennington County Jail. The assault case is still proceeding through the court system.

Regarding this case, Eric Reinbold’s attorney, Bruce Rivers, argued there was no direct evidence linking his client to the murder. In his closing argument Friday morning, he said none of Lissette Reinbold’s blood was found on his client’s clothing. Rivers said there were no cuts or injuries on his client. He pointed out the single strand of male hair that didn’t match Eric Reinbold.

Rivers said the state decided to show texts to the jury that would be the most damaging to his client. Rivers said there were no threats of violence in the 1,700 pages of text messages exchanged between the couple between March 23, 2021, and July 8, 2021.

Eric Reinbold’s parents and another woman saw the couple at a softball game a day before the murder. Rivers noted that Jim and Lori Reinbold saw nothing amiss. He said Amanda Johnson, who was sitting near the couple, observed no arguments between the couple.

Rivers discounted McDonald’s testimony, saying McDonald wanted to get involved in the case after reading about it. He also made reference to McDonald’s convictions for operating while intoxicated.

Rivers also addressed his client’s flight. “Flight does not create a presumption of guilt,” said Rivers, who noted that Eric Reinbold remained in the area.