On Tuesday,( September 7th) at approximately 6:05 am, the Clearwater County Sheriff’s Office received a call that there appeared to be protesters on 470th Street blocking the road.  The initial call reported that they were setting up a teepee and barrels in the roadway and vehicles could not pass through.  An early estimate of protesters present along the road was between 75-100 people.

Once law enforcement arrived on the scene, it was discovered that several items had been placed in the roadway spread out for approximately one mile.  The items included a tri-pod, three 55-gallon barrels filled with concrete, an overturned car, a boat, and a group of six people in chairs connected with sleeping dragon devices. 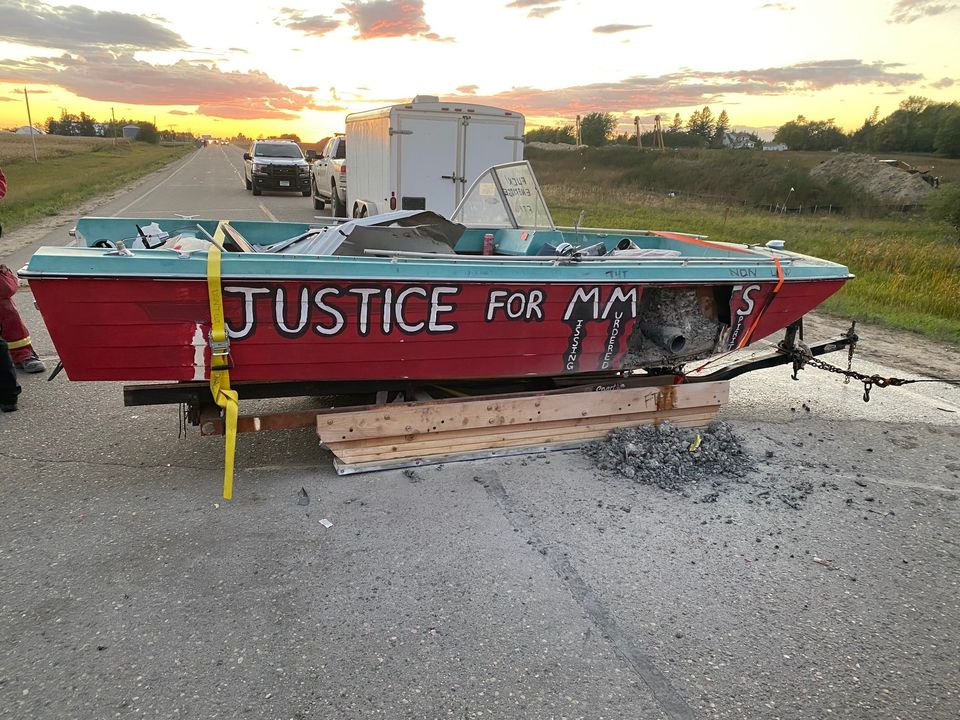 Additional resources were requested through mutual aid including additional officers and extrication teams.

After dispersal orders were given at each location along 470th Street, a total of 23 people were arrested after refusing to leave the area.  Six people were attached to the 55-gallon barrels, four people attached to the tripod, seven attached or near the boat, and six were in chairs connected with sleeping dragons.  Five individuals that had been at or attached to the overturned car left the scene on their own before extrication teams arrived.

The process to remove the individuals from the objects and sleeping dragons took approximately seven hours to complete.  A large mess of debris was left to clean up after the extraction and oil had run onto the ground at the overturned car.

All the people arrested and booked into local county jails are being held on probable cause for public nuisance and obstructing the legal process.

Pennington County Board of Commissioners Meeting