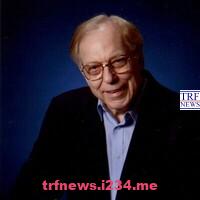 John’s funeral will be live streamed on www.holyfamilygf.org

John was born on May 24, 1933 in Man, West Virginia to Minerva (Belcher) Adkins and was raised by his aunt Mamie and uncle John L. Belcher who later adopted him. He attended school in Man, West Virginia graduating in 1952. While in high school he was very active in band and baseball. Throughout his school years he was also active in his Uncle John’s Boy Scout troop where he achieved scouting’s highest level- Eagle Scout.

In January 1953 John enlisted in the Air Force serving overseas during the Korean Conflict receiving the Korean Service Medal.  Upon returning to the states, he was assigned to Fortuna AFS where he met a young teacher named Ida Pace. They were married on April 14, 1956 in Crosby, N.D. To this union were born four children: Mary Beth, Michael, Stephen, and David.

Upon his discharge from the Air Force, he and Ida returned to Huntington, WV where he attended Marshall University obtaining a Bachelor’s Degree in education. His first teaching job was at Beverly Hills Junior High in Huntington. After three years they moved back to North Dakota where he taught at Esmond High School.  After four years they moved to Grand Forks where he began teaching for Grand Forks Public Schools and worked on completion of his Master’s Degree in Administration. His years with Grand Forks Public Schools were all spent teaching at Schroeder Junior High School.  He retired in 1995.

After retirement he was very active in his church, Holy Family and enjoyed being a proud papa to his grandchildren and great grandchildren, spending many happy hours babysitting them.

He was preceded in death by his mother Minerva; adoptive parents Mamie and John L. Belcher; stepfather Clovis Adkins; sister, Frances Williamson and brother, Harold Adkins; along with aunts, uncles and cousins.

Memorials in his name may be made to Holy Family Church, Grand Forks Foundation for Education or a charity of your choice.

Mass of Christian Burial: Saturday, November 19, 2022 at 11:00 am in the Holy Family Catholic Church in Grand Forks.

Visitation: Friday, November 18, 2022 beginning at 5:00 pm until 7:00 pm with a prayer service at 7:00 pm in the Norman Funeral Home in Grand Forks. One hour prior to service time on Saturday.