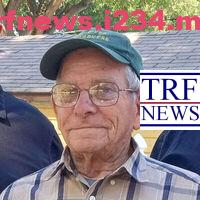 Elwin Greene was born September 12, 1934 in Pawcatuck, CT.  He was the eldest son of Elwin E and Alice Greene.  He grew up in Westerly, RI and joined the Navy in 1952.  After leaving the Navy he worked for General Dynamics Electric Boat Plant as a burner/welder and then was self-employed as a carpenter and cabinet maker.

He married Ella Mae Wompler in Fries, VA on October 30, 1954. They lived in North Carolina and Rhode Island and moved to East Grand Forks in May of 2020.

He is preceded in death by his Wife Ella; parents and all his sibling brothers & sisters.

Funeral: No services are planned at this time.

Obituaries TRF News - January 30, 2023 0
It is with great sadness that we announce the death of Henry Edward Hoefer, at the age of 73 years, after a valiant battle...