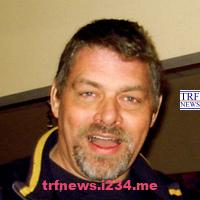 Edward Henry Van Winkle was born of November 14, 1960, in Jamestown, ND the son of Eugene and Aldina (Plenis) Van Winkle.  He was raised in Grand Forks and attended Grand Forks Central High School.  He went on to graduate from AVTI in Thief River Falls, MN with a specialty in aircraft mechanics.

Edward entered the United States Army on August 8, 1978, in Fargo, ND and served as a Radar Specialist and infantryman.  He was honorably discharged from active military service on October 3, 1978, at Fort Hood, Texas.  Edward married Lisa Obregon on April 7, 1984, at The First Church of God in Grand Forks.  Before living in Gilby, ND, Edward lived in Jamestown, ND, Wadena, MN, Mayville, ND, Mekinock, ND and Emerado, ND.  He was employed with Brandt Trucking until his retirement.  He enjoyed disc golf, Phase 10, cribbage and going to Minnesota Vikings football games.

He was preceded in death by his parents; a brother, Duane Van Winkle and a sister, Cathy Snyder.

A Celebration of Life:  Will be held in the later spring or early summer of 2023.

TRF News TRF News - January 30, 2023 0
ST. PAUL, MN (trfnews.i234.me) A busy Monday is scheduled for Minnesota Legislators. A few of the bills being considered are: free lunches for students,...