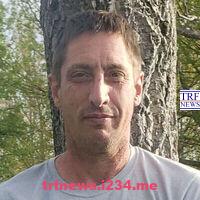 Christopher J. Westerman, 46, of Grand Forks, passed away unexpectedly on Wednesday, September 14, 2022, at his home.

Chris was born October 9, 1975, in Fairbanks, AK, to David and Judy (Cordie) Westerman. Chris grew up in Grand Forks and graduated from Central High School in 1993. We lost our beloved son, brother, dad, uncle, nephew, and friend. He died at his home from an accidental drug overdose. Chris passed away from his struggle with drug addiction. This obituary describes a life tragically cut short. For three decades he battled an excruciating cyclical battle of addiction. We want to share his story in the hope that lives may be saved and his death will not be in vain. Addiction is a mental illness. No one plans to be an addict. Chris was such a joy to be around and was loved deeply, with so much promise, and yet he still died from an overdose. Addiction does not discriminate.  Chris was baptized and confirmed at University Lutheran Church.  He was smart and always loved reading the newspaper ever since he could read. He loved reading in general and researching conspiracy theories. He loved looking at the stars and anything that glowed or lit up. He was an amazing artist and loved to draw.

Chris had the biggest heart and his love for his daughter, Scarlett Gracelynn (Gracie). She was his world! When they were in a room together it was just as if it was the two of them. In his eyes, she shined like the brightest star in the sky.

Chris went to ShareHouse for inpatient treatment for six months. We were so proud of him for fighting the fight. Thankful for the F5 project that helped guide Chris in the right direction and showed him love and support.

He always had dreams of being a rock star but never played any instruments except for a mean air guitar, or he would belt out a tune. He was an awful singer but it didn’t stop him. We loved his comedic acts and constant jokes and his love for fun. He keeps dropping hints to us and we love it. We hope they never end. When Chris, and Charlene, were little, he would pay her to fight him. She would always win! He loved going for rides on his motorcycle, aka moped according to Char. He enjoyed manual labor and had years of experience with masonry work. He would drop everything if anyone needed his help.

His nieces, Cordie and Kennedy, miss him and all his toys he would bring over and leave behind. He loved talking to them, about their love of movies, and just goofing around. He thought they were so cool, and they thought the same of him.

He had a ferocious love for comic books and figurines. His other dream was to open up a shop to sell all the things he would find. He constantly was bringing Star Wars figurines to Kris, his brother-in-law’s house. He loved getting something to eat at Dairy Queen, Ojata, Darcy’s, Charlene’s house, Mom and Dads; basically any meal he didn’t have to make.

It is a horrific tragedy that sadly is not all that uncommon. We will miss him every day for the rest of our lives. The pain of his death is heartbreaking and intolerable, which is why stories like Chris’s should not be ignored. Chris, we have such a void in our hearts, and are saddened that our love could not save you.

Please, if you are struggling with addiction reach out for help.

Memorial donations maybe made to ShareHouse, F5 Project and Dave and Judy Westerman.

FUNERAL SERVICE:  1PM on Saturday, Sept. 24, 2022, with visitation one hour prior at University Lutheran Church. Funeral service will be livestreamed on Chris’s page at www.dandahlfuneralhome.com

TRF News TRF News - February 3, 2023 0
FARGO, ND (trfnews.i234.me) A man who's allegedly been trying to scam all kinds of people out of money in Fargo, North Dakota is behind...

Goodridge School playground to be updated

Thief River Falls News TRF News - February 3, 2023 0
Goodridge School will get a new playground a little sooner than expected. Thanks to a $100,000 grant, the project will be completed in one...

Goodridge School playground to be updated