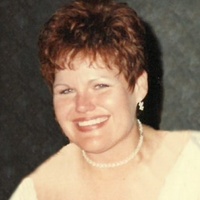 Kimberly Foster, 57, of Thief River Falls, MN passed away on Wednesday, September 29, 2021 at Sanford Medical Center, Fargo, ND, with her family by her side.

A Celebration of Life Service will be held at 1:00 PM on Saturday, October 9, 2021 at Johnson Funeral Service in Thief River Falls, MN.

A visitation will take place one hour prior to the service on Saturday at the funeral home.

Kimberly Kay Foster was born on September 29, 1964 in Karlstad, MN, the daughter of Ronald Foster and Geraldine (Olson) Erickson.  Kim’s biological father passed away when she was 3.  When Kim was 7, Geraldine met Dennis Erickson, who she considered her father.  She was confirmed in the Lutheran faith at Faith Lutheran Brethren Church in Thief River Falls.  Kim attended school in Thief River Falls, graduating from Lincoln High School in 1983.  In high school Kim was very sociable and had many friends that she still has to this day.  She always talked about their favorite hangout – the Roller Rink.

Following high school Kim attended the AVTI for accounting.  She later lived in the Twin Cities where she worked at National Car Rental and various other jobs.

In the late 80’s Kim moved back home and started working at Bridgeman’s in 1990 for the next 28 years.  Kim was very dedicated to her job and made lifelong friendships with her co-workers.

In 1993 Kim was blessed with her firstborn, Samantha.  In 2001 her son, Andrew was born.  In 2010 Kim welcomed her first grandchild, Teagan and in 2012 her grandson, Paxton was born.  Kim loved having her grandkids over on the weekends.

Kim enjoyed spending time with her family and friends.  Kim loved to reminisce over old times.  She could be found playing Bingo or at the slot machines.  She was very committed to watching her soap operas on a daily basis, her favorite being Days of Our Lives.  Lifetime movies and TLC were her other favorites.  Kim had future plans to visit family in Georgia and have scooter races in Vegas.