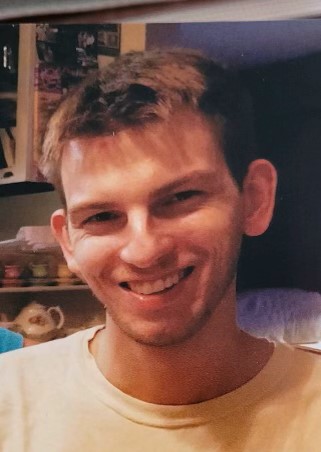 Jaden Larson, 27, of Warren, MN, passed away on Saturday morning, December 4, 2021 after a courageous battle with cancer with his family by his side.

Jaden Allen Larson was born on July 6, 1994 in Thief River Falls, MN, the son of Kim and Sharri Larson. He was raised in Warren and graduated from Warren Alvarado Oslo Public School in 2013. Jaden worked at various manufacturing jobs over the years, never staying at one for very long. On December 4, 2018, he married Amanda Hoff in Crookston, MN. Jaden became sick with a rare form of cancer in 2018 and spent his last years with his mother and stepfather.

He was the oldest of 3 boys. Jaden loved being outside, where he went on many adventures accompanied by his beloved dog, Mr. Wiggles and his brothers. He enjoyed hunting and fishing. Jaden had a carefree and happy go lucky demeanor who liked to experience all that life had to offer. Although Jaden had many struggles, even in the most difficult situations, he remained positive. He had a big heart and loved people and animals. Over the years, Jaden had taken in several stray pets and gave them a good home.

Left to mourn his passing are his wife, Amanda; mother and stepfather, Sharri and Bruce Paulson; siblings, Jordan and Jaden Larson, Aubrey Paulson, Kinzie Homme and Amber Larson; grandparents, Allen and Marlene Buchner and many aunts, uncles, nieces, nephews and other relatives.

He was preceded in death by his father, Kim; grandparents, Robert and Adeline Larson; uncles, Richard Larson and James Larson and aunts, Shelly Swanson and Arlene Larson.

VISITATION: One hour before services at the church.

BLIZZARD WARNING: Crash & No Travel Advised In Much Of Northern Valley