On Tuesday, August 9, 2022, Investigators conducted an excavation at a residence in the 1000 block of 1st Ave. N. The excavation is related to a 1996 missing person report involving Kristi Nikle. Investigators received information that the body of Nikle may have been buried near the foundation of the residence when it was constructed. Investigators further vetted the information, including the deployment of two cadaver dogs from Valley Water Rescue. Both dogs showed positive indicators of human remains.

Members of the Grand Forks Police Department, North Dakota Bureau of Criminal Investigations, Grand Forks Sheriff’s Department, and Grand Forks Public Works conducted the excavation throughout the day. However, they did not discover any remains in/near the identified location.

Anyone with information regarding the disappearance of Kristi Nikle is encouraged to contact the Grand Forks Police Department by either calling 701-787-8000 or submitting a tip via the GFPD’s Facebook page, website, or the Tip411 app. 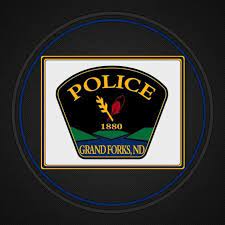