On August 20, 2022, police officers from the East Grand Forks Police Department responded to the River Cinema, 211 Demers Avenue, East Grand Forks, Polk County, Minnesota, at 10:47 a.m. The report was a sexual assault in the women’s bathroom of the movie theater. Corporal Alex Schilke (Cpl. Schilke) responded to the theater and spoke with Jane Doe, a known adult female. Jane Doe told Cpl. Schilke the following: she was in the women’s bathroom of the mall; when she came out of the stall, there was a man in the women’s bathroom; the man’s pants were down, and he said he had a knife; the man said he had a knife and he grabbed her wrist; she was able to fight the man off and exit the bathroom; the man was wearing all black; and, he dropped a black backpack on the sidewalk as he fled. Cpl. Schhilke then went toward the Blue Moose bar and restaurant and spoke with citizens who said they saw the suspect on a bicycle pedaling toward the river and possibly Grand Forks, North Dakota. The bicycle was identified as a turquoise “cruiser” style bike. He was a white male wearing all black. Sgt. Robertson arrived at the scene and transported Jane Doe to EGFPD to give a complete statement.

At the EGFPD, Jane Doe told Sgt. Robertson, the defendant, tried to force himself into her bathroom stall. His pants were down around his ankles, and he said, “it’s been a long time.” She had been at the mall to get a massage. She was using the bathroom before the massage. Jane Doe said the suspect was there when she was leaving the stall, and he had his hands up in front of him in a fist. The suspect said, “I have a knife.” The suspect said, “come on, baby, come on, baby.” The suspect then took off on a bicycle. He was wearing a backpack. Jane Doe said she was afraid for her life.

Sgt. Robertson was able to identify two brothers who were present outside the women’s bathroom (C.W. and L.W.). They were using an ATM. Both described a woman who came running out of the bathroom yelling, “Help! Help! Help!”. The woman was shouting and visibly nervous. The woman said there was a man in the bathroom with a knife. A man came running out of the bathroom, and his pants were down so you could see his whole “ass.” They gave a physical description of the white man who was 40-50 years of age and was wearing black. They were able to see him on a turquoise bicycle going toward the Blue Moose.

They saw the man drop his backpack. 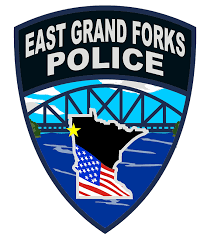