Law enforcement officers then set up a perimeter in the area and called for a K-9 to come and track the driver who had fled from the pickup. While waiting for the K-9, EGFPD Officer Douglas observed a male person without a shirt climbing up onto a John Deere Loader belonging to RJ Zavoral & Sons Company. Officer Douglas informed other officers and then proceeded towards the area of the loader. As he did so, he noted that the male exited the loader and fled on foot towards the area of the Red River. Officer Knaack, who had arrived in the area, observed the male running north into some woods. Officer Knaack began to chase the male on foot, but the male made it into heavy brush and woods. Officer Knaack observed and followed footprints into the woods while giving commands for the male to stop. Officer Knaack noted that he could hear branches breaking a short distance in front of him. Officer Knaack then heard a loud splash and observed ripples in the river near him. Officer Knaack advised other law enforcement personnel that the male may have jumped into the Red River. 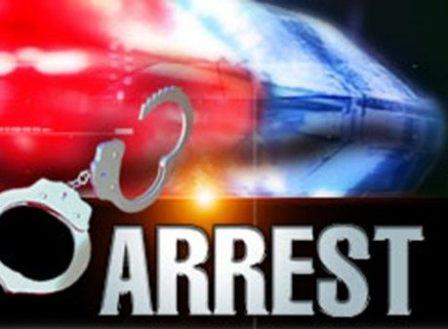