Donovan was born July 17th, 1949, the fourth son of Sherman and Mildred Kolness. 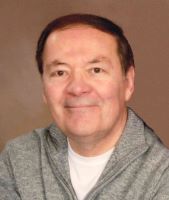 He was raised in Hendrum and graduated from Hendrum High School in 1967. He was a true artist his entire life and his canvas was filled with a lifetime of wonderful friends and family. He was a kind and creative soul.

Shortly after high school, Donovan volunteered for the draft and compiled a distinguished service record while serving in Vietnam from October 1968 to October 1969. While in Vietnam he attained the rank of Sgt. and was awarded a Bronze Star, a Bronze Star with Valor for Heroism, a National Service Medal, Vietnam Service Medal, Vietnam Campaign Medal with two battle stars, a Combat Infantryman Badge, and two Purple Hearts for injuries suffered during battle….all at 18 and 19 years of age. Donovan’s courage and commitment to his fellow soldiers was featured in the book, “No Place to Hide,” a biography of the ferocious two-day battle of the Black Virgin Mountain.

After being discharged from the military Donovan attended Moorhead Area Technical Institute in Moorhead and earned a degree in Commercial Art. He also began dating a young girl from Hendrum he had known since childhood and who had been writing him while he was serving overseas. On May 23, 1970, Donovan married the love of his life, Becky Dyrendahl, and the couple returned to their hometown of Hendrum where they bought his grandparent’s home and where they lived for the next 52 years raising their two sons, Chad and Ryan.

Upon graduation from Moorhead, Tech Donovan began his career working in Fargo, ND in the art department at Herbst Department Store. In 1972 he began his storied career in the advertising world when he went to work for the Harold E. Flint & Associates Advertising Agency as an artist, rapidly rising through the ranks first to production manager of the agency and in 1983, a full partner and co-owner. He retired in grand style with a roast given in his honor at the Fargo Air Museum in 2008. Donovan and Becky loved to travel and visited much of the United States and even made a trip to Norway in 2000.

Throughout his life, Donovan has had a deep commitment to his clients, community, friends, and family. He was a lifetime member of Immanuel Lutheran Church where he was baptized, confirmed, married, and served on the church council and as a Luther League advisor. He was a fifty-year member of the Holland-Swenson American Legion Post #434 of Hendrum, also serving as commander of the post as well as the commander of the color guard for over 30 years. He was also a life member of the Moorhead VFW Post and served on the boards of the Hendrum Community Club and the Hendrum EDA. He served as mayor of the City of Hendrum during the great flood of 1997.

Professionally Donovan was a longtime member of the Fargo-Moorhead Ad Federation where he was honored with their yearly “Silver Medal” award in 1996 for his stellar work and contributions to the region’s ad community.

Donovan was preceded in death by his parents, Sherman and Mildred Kolness; two brothers, Laddie and Billy; sister-in-law, Debbie Kolness; and several aunts, uncles, and cousins.

Alzheimer’s may have slowly robbed Donovan of his memory, but it never erased his mischievous smile, sense of humor, or his love and affection for his wife.