This incident has resulted in three fatalities.  The following is driver and victim information with regard to the vehicles described.

The driver of the Buick Regal has been identified as Jenessa Kelley, age 21, of Crookston, MN.  Ms. Kelley was pronounced deceased at Altru Hospital, as a result of injuries sustained in this crash.

The driver of the Chevrolet Impala has been identified as Trisha Trousil, age 42, of Oslo, MN.

The driver of the Ford Explorer has been identified as Amanda Green, age 45, of Grand Forks, ND.

As noted in the original release, two passengers of the vehicles involved in this incident were transported to Altru for injuries sustained.

Preliminary investigation indicates the vehicle driven by Jenessa Kelley matches the description of a vehicle involved in a hit and run in East Grand Forks, MN.  Witness accounts indicate the Buick was westbound on DeMers Avenue at an extremely high rate of speed immediately prior to the initial collision.  Evidence on scene suggests alcohol may have played a role in this incident.

This incident remains under active investigation.  Anyone with information on this, or any related, incident, is encouraged to contact the Grand Forks Police Department by one of the following methods:

On Saturday, January 9, at 12:21 p.m., officers were dispatched to 5th St. and Demers Ave. for an injury accident.  Upon arrival, it was discovered that there were multiple vehicles involved with severe injuries.

The initial investigation is showing that a 2011 Buick Regal was traveling westbound on Demers Ave. at a high rate of speed.  The Regal was traveling in the center turn lane. The Regal struck a Chevrolet Impala causing minor damage and then struck a 1997 Ford Explorer as it was attempting a left turn from Demers Ave to go south on S. 5th St. The Regal glanced off the Explorer and then hit an eastbound Dodge Caravan van.  The Regal then rolled over onto its top.  The Caravan’s driver and front-seat passenger were killed.  A rear-seat juvenile passenger was transported to Altru Hospital.  The driver and passenger in the Regal were also transported to Altru Hospital and their condition is unknown at this time.

The Grand Forks Police Dept. was assisted by the Grand Forks County Sheriff’s Dept., GF Fire Dept. and Altru Ambulance. The GFPD Crash Accident Response Team and UAS Team were called out and well as detectives from the Criminal Investigations Bureau. The crash remains under investigation and more information will be forthcoming. 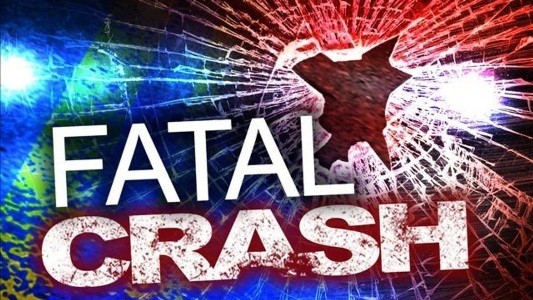 Two Snowmobile Crashes On Lake Of The Woods, 1 Fatal